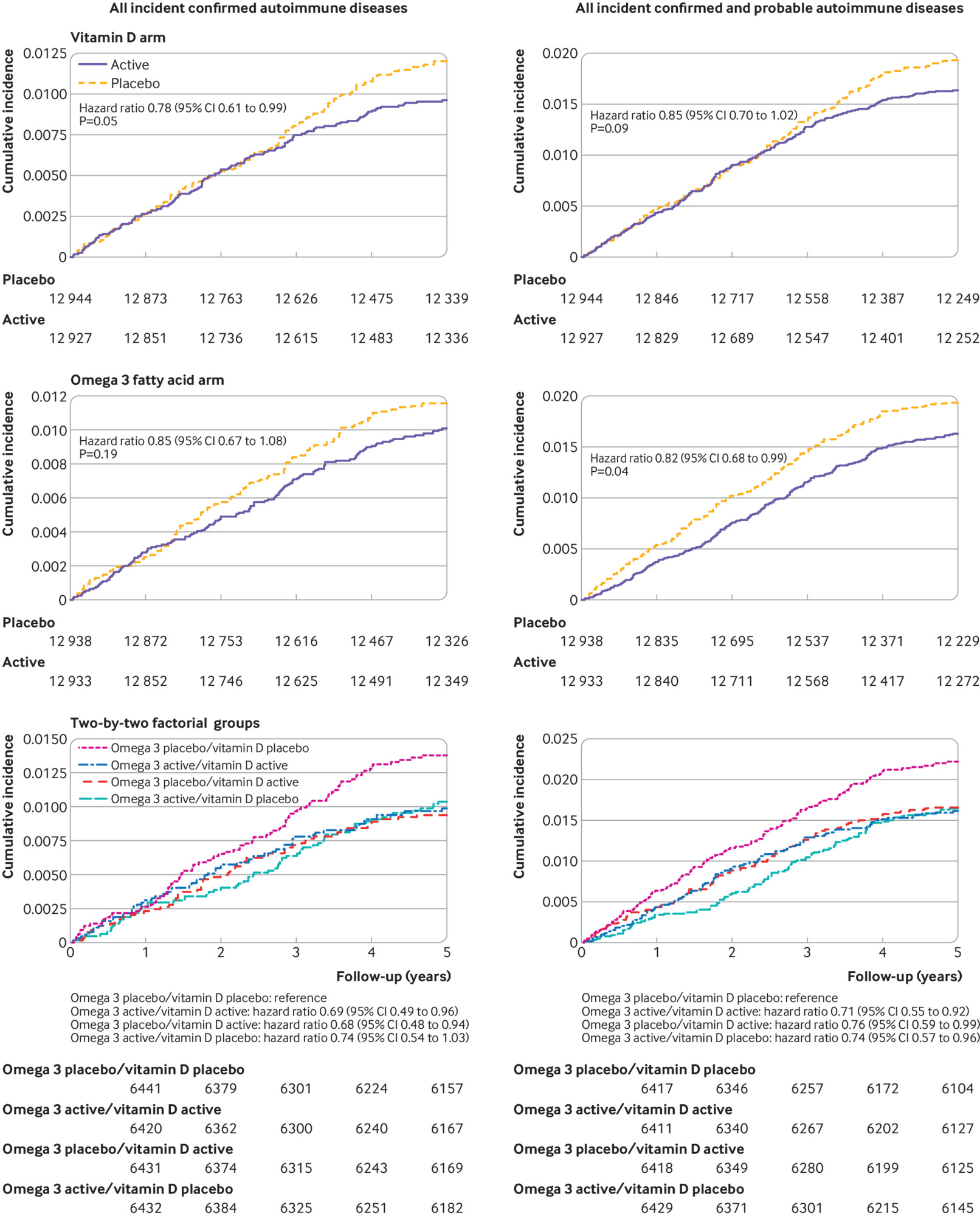 Cumulative incidence rates of total autoimmune diseases in the VITAL (vitamin D and omega 3) trial. Hazard ratios are from Cox models controlled for age, sex, race, and randomization group in the opposite arm of the trial

Setting Nationwide in the United States.

Interventions Vitamin D (2000 IU/day) or matched placebo, and omega 3 fatty acids (1000 mg/day) or matched placebo. Participants self-reported all incident autoimmune diseases from baseline to a median of 5.3 years of follow-up; these diseases were confirmed by extensive medical record review. Cox proportional hazard models were used to test the effects of vitamin D and omega 3 fatty acids on autoimmune disease incidence.

The study protocol was approved by the institutional review board at Partners HealthCare System and monitored by an external data and safety monitoring board.

Data from this study might be considered for release if the appropriate institutional review board approval and publication clearances have been obtained, and a project is approved by the VITAL oversight committee.

This is an Open Access article distributed in accordance with the Creative Commons Attribution Non Commercial (CC BY-NC 4.0) license, which permits others to distribute, remix, adapt, build upon this work non-commercially, and license their derivative works on different terms, provided the original work is properly cited and the use is non-commercial. See: http://creativecommons.org/licenses/by-nc/4.0/.